Ryan Hart graduated from Red River College in Winnipeg, Canada and worked toward a certificate in Commerce Industry Sales & Marketing. He has been in the sales and marketing industry for over 20 years. After 10 years in the consumer-packaged goods industry, Ryan led a creative team of professionals as President of MF1 Marketing, a B2C agency in Canada. It was here that he got his first taste of working in professional golf. Ryan joined the PGA TOUR family in 2010 as the Executive Director of the Players Cup, the premier event on the Mackenzie Tour – PGA TOUR Canada while still at MF1.

In 2017, Ryan was asked to join the PGA TOUR’s Tournament Leadership Initiative. Upon completion of the program, Ryan worked briefly in Tournament Business Affairs consulting with various events across the TOUR, before joining THE PLAYERS Championship team as Tournament Director in 2018. In the summer of 2020, Ryan was appointed Executive Director of the 2024 Presidents Cup to be played in Montreal, Canada.

Over the years Ryan has been an active member of his community, working with organizations such as the Boys and Girls Club of Winnipeg, the Rehabilitation Center for Children and the Junior Golf Mentorship Foundation to name a few. Ryan and his wife Reverly have 4 children and have recently relocated back to Winnipeg, Canada to prepare for the Presidents Cup in 2024.

“The Tesori’s impact in our community is well documented. What inspires me the most is their authenticity toward those they encounter and their infectious belief that together, we can do great things.” 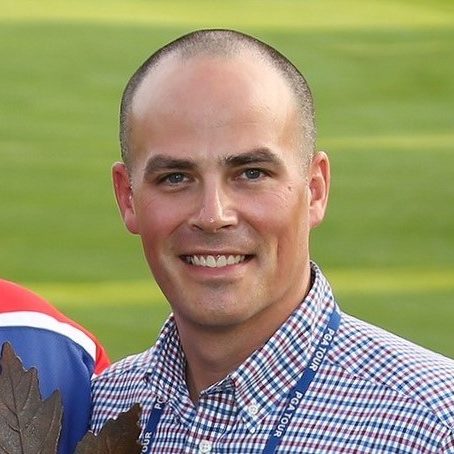