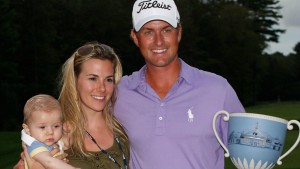 Last week, John Piper, founder and teacher of desiringGod.org and one of my favorite religious scholars, posted this awesome devotional that Webb wrote. Michelle and I think it’s just awesome and wanted to share it with all of you.
~ Paul

Behind the free gift of grace, I count my wife Dowd as the greatest gift that God has given me.

I heard a sermon a few years ago that changed my life and marriage. CJ Mahaney was preaching on relational conflict from James 4:1–2,

What causes quarrels and what causes fights among you? Is it not this, that your passions are at war within you? You desire and do not have, so you murder. You covet and cannot obtain, so you fight and quarrel. You do not have, because you do not ask.

Mahaney was arguing that in marital conflict the problem or cause could always be traced back to me — no matter what my role was in it. This might initially sound unfair because many might think, I did nothing wrong, absolutely nothing wrong. But in most conflict, if not all, that’s not the point. It’s never the point.

Paul reminds us, “Yet those who marry will have worldly troubles” (1 Corinthians 7:28). If two people are joined together as one flesh, living under one roof, and both people are struggling sinners, you can be sure there will be conflict between them. And in God’s providence, the conflict is not pointless. It’s an opportunity for each spouse to reflect the goodness and patience and forgiveness of Jesus Christ.

We must remember, “While we were still sinners, Christ died for us” (Romans 5:8). We did nothing to deserve God’s grace or forgiveness. So why, in our relationships, especially in our marriages, do we act as if we do deserve something? If we knew what we really deserved from God because of our sin, we wouldn’t live with our sense of entitlement. We really don’t deserve anything. Life and breath and everything are all good gifts from a gracious God (Acts 17:25; James 1:17).

One Sunday, I was at home with our firstborn, James. I stayed home that Sunday morning to be with him while Dowd went to church. I expected her to be home by noon as usual, but she was late this Sunday. Right around noon, my son was crying while I was on the phone with someone and couldn’t get off. I was getting frustrated. Thirty minutes later, my wife comes in the door. I glared and snapped, “Where have you been?”

She could see the sin and ugliness in my face and heard it in my tone. I won’t forget what my wife did next. She looked at me softly, smiled, kissed me on the cheek, and walked away. She only had the power to do this because of the grace and forgiveness that she had received through Jesus Christ.

You Don’t Have to Fear the Fight

What I deserved in that moment for my sharp comment was a slap on the face. Dowd would’ve never done that. But I deserved it. Here is where James helps us:

What causes quarrels and what causes fights among you? Is it not this, that your passions are at war within you? You desire and do not have, so you murder. You covet and cannot obtain, so you fight and quarrel. (James 4:1–2)

Conflict arose. Dowd recognized right away that my anger was not righteous anger, but rather my “passions at war within me.” And at that moment, she chose to love me despite me. There are two ways to process relational conflict. The first and most common fights for itself. “I’m going to win.” “I’m going to say everything I want to say.” “I have to prove my point.”

James, and ultimately God, calls us to a second approach. A little later he says, “‘God opposes the proud, but gives grace to the humble.’ Submit yourselves therefore to God” (James 4:6–7). We’re called to humbly seek the good of our spouse and of the relationship, even when we’ve been wounded. As I think back about conflicts that felt like victories, none come to mind where I won an argument, but rather, where Dowd and I walked away loving each other more deeply.

When my wife shows me grace and love and forgiveness, especially when I least deserve it, it gives me a desire to do the same in return. These habits of humble sacrifice are beautifully cyclical and rewarding. I used to fear when we would begin to fight, but I don’t fear it anymore. It is hard and demands a lot of us, but I have seen far too many times that God uses our conflict in marriage to reveal his glory and to give us something good we never would have had another way.

Categories: PAUL'S JOURNAL
At The Masters with Paul & Michelle Tesori
A Letter From God About Down Syndrome