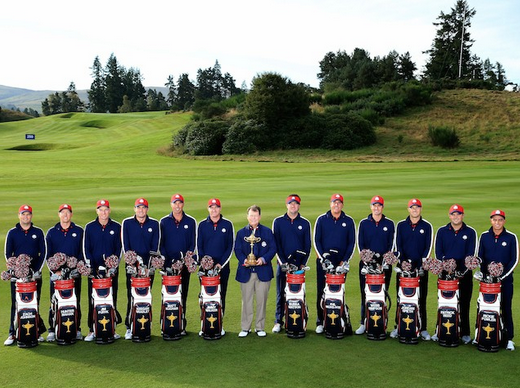 Thank you for all the continued support for the Tesori Family Foundation. Due to the increased  traffic (you all are AMAZING), we’ve hired a company, Olympus Foundation Management, to run our family’s Foundation. Thank you to everyone who has helped TFF grow to this point. We will continue to push for ways to help more deserving people in the community.

Well, it’s been a long last 9 weeks. We played 7 tournaments in a row and 8 out of the last nine.  Needless to say, it’s never felt so good to be home. The season was quite inconsistent and even chaotic at times. We finished the year with one win and nine top 10’s but six missed cuts. We’ll work to improve on consistency starting in Las Vegas for the start of the 2015 schedule. It’ll be fun trying to defend at a course we love.

I know everyone wants to hear about the Ryder Cup. There were three big winners for the week. The first winner were the people of Scotland and the massive crowds. They were loud and courteous, which is a welcomed surprise. The second winner was the European team.  Wow! The scores those boys shot were ridiculous. Two records were broken during the fourball competition. The third winner was the weather. It was perfect all week. We never needed the rain gear and the temps hovered around 60 degrees all week.

As far as the U.S. Team, losing in a blow was not what any of us had planned. Webb only got the chance to play in two matches going 0-1-1. It was disappointing to not have the opportunity to help the team more. We shot 31 on our last nine to tie Poulter in singles and salvage a half point. As for the US team, I consider the men like brothers. It’s nice to spend so much time together for the week.

By now, I’m sure most of you have heard of the backlash from Phil’s interview. Phil wants to win and get this process figured out. Since the Cup finished, plans are in place to change the way the PGA selects it’s captains. I think Phil needed to say what he did and remind everyone that change must happen. I trust things will be very different in Minnesota for the 2016 Ryder Cup!!

We appreciate all the support and encouragement and it never goes unnoticed.